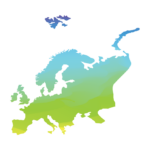 Bonjour, hallo, ciao, hola … no matter the language, you get old world charm in Europe. Thanks to the Eurozone, the currency is also the same among 19 of 27 European Union (EU) member states. But cultures are distinctive, especially between northern, southern, western and eastern Europe.

Europeans have arguably the most sophisticated and decadent lifestyle in the world, overflowing with champagne and fresh foods, taking 4-6 weeks of holidays a year, generally not working overtime, and maintaining fine traditions like dinner parties, gala balls and sit-down coffee. Europe has glorious art and architecture to match and no shortage of beautiful cities and quaint villages. Old World charm certainly rings true. 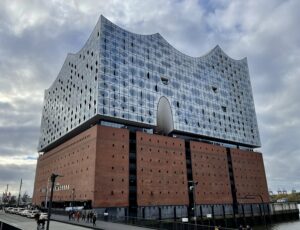 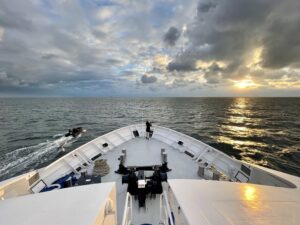 This side of Europe includes 12 EU member states Bulgaria, Croatia, Cyprus, Czech Republic, Estonia, Hungary, Latvia, Lithuania, Poland, Romania, Slovakia and Slovenia; non-EU member states Albania, Belarus, Bosnia and Herzegovina, Moldova, Montenegro, North Macedonia, Serbia and Ukraine; 23 percent of Russia and 5 percent of Turkey (namely Istanbul and the Bosphorus strait). Overall, Eastern Europe is less sophisticated and glamorous than its western counterpart but more down-to-earth and hard-working. Croatia is the stand out here with a rich culture and unique islands as well as the Czech Republic with its musical and pilsner heritage. Poland and Ukraine are the most interesting of the former USSR states but the others are all worth a visit. Skype-inventor Estonia is known for its old, walled city in Tallinn. Romania plays up its vampire folklore and Serbia is simply cool. Moldova has a fake, Russian-occupied state called Transnistria with its own currency that’s useless in the rest of the world. Cyprus has a split personality – literally as the island is divided between Greek influence and Turkish occupation. Turkey compensates for this blunder with Istanbul, one of the best cities in the world.

This region includes 15 EU member states Austria, Belgium, Denmark, Finland, France, Germany, Greece, Ireland, Italy, Luxembourg, Malta, Netherlands, Portugal, Spain and Sweden; non-EU member states Iceland, Norway, Switzerland and the United Kingdom; and microstates Andorra, Liechtenstein, Monaco and San Marino. Each country is distinctive but moving from north to south, the people get warmer with the climate in general. Food and wine are taken seriously everywhere and art and culture reign supreme. As political humorist Andy Valvur says, Germany is like the strict and responsible dad of Europe, who is married to France. She’s flirty, indulgent and has the occasional affair. Their children are Austria and Spain, taking after dad and mom, respectively. Italy and Portugal are rebellious cousins who dress to impress but in fact, lost most of their money. The Netherlands is the quirky, lesbian aunt. Belgium is a schizophrenic cousin with an identity crisis (“I’m French, I’m Dutch!”). Greece is a beautiful, long lost cousin who tries to glom onto the success of Germany. Scandinavia (Denmark, Sweden and Finland) is rich and predictable. Iceland, Norway, Switzerland and the UK are distant cousins who made good money and invest it wisely. As for the microstates, they are intriguing orphans.